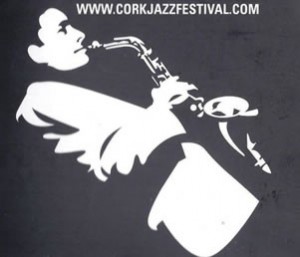 The Cork Jazz Festival is an annual music festival held in Cork City, Ireland over the October Bank Holiday weekend every year.  It is Ireland’s biggest jazz event and attracts numerous top class musicians and bands and thousands of music fans from all over the world to Cork city each year. In 2010 over 45,000 people visited the city for the event and listened to music played by over 1,000 musicians from more than 30 countries.

This jazz festival is considered to be among the best in the world and many of the top musicians have played there during its 34 years. Some of the big names include Ella Fitzgerald, Dave Brubeck, Cleo Laine, Chick Corea, Dizzy Gillespie, Sonny Rollins, Oscar Peterson and many more. Every year brings its new stars and 2010 saw the appearance of the Esbjorn Svenson Trio, Mose Allison Quartet, Gary Burton – Richard Galliano Quartet and The Blin Boys of Alabama among others.

There are over 80 venues throughout the city including concert halls, theatres, lounges, bars and hotels as  well as on street music. The biggest venues are The Everyman Palace Theatre, The Cork Opera house, The Half Moon Theatre, The Granary, The Firkin Crane Theatre and The Metropole Hotel. These are the Cork Jazz Festival venues where the main events are held but many people prefer the smaller more intimate venues where the very interesting fringe events take place.

Although Jazz was considered mainstream, especially in America in the 1930s and 1940s it is very much a minority musical genre nowadays although it experienced a revival in the 60s and 70s with new experemintation and various mixtures of Jazz and Rock.

Cork is looking forward to another exciting Jazz Festival in 2017. The dates for this years festival are October 27th – 30th. Festival goers are advised to book accommodation early to avoid disappointment.