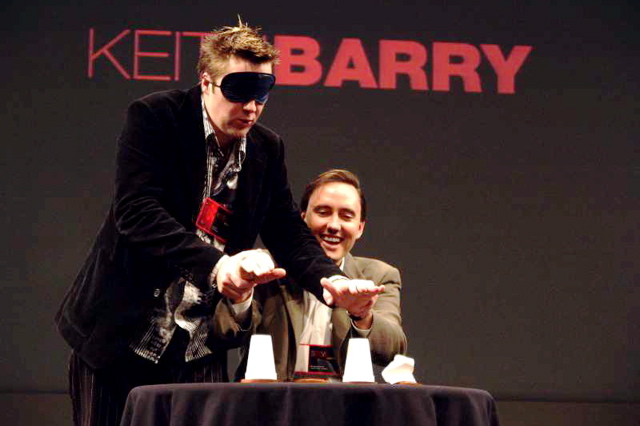 Hypnotist Keith Barry brings Mind Control, Brainwashing, Subliminal messaging, Cults and more to The Everyman in his new show which blurs the line between reality and deception. As well as fascinating you with his amazing skills he brings lots of laughs also.

If you want to get a taster of what Keith Barry does have a look here:
https://www.ted.com/talks/keith_barry_does_brain_magic

That talk has been in the top twenty-five TED Talks since 2008 and has over twenty-five million views.

Deceptiomn is said to be `Keith Barry’s most spectacular show yet.

Get your tickets here