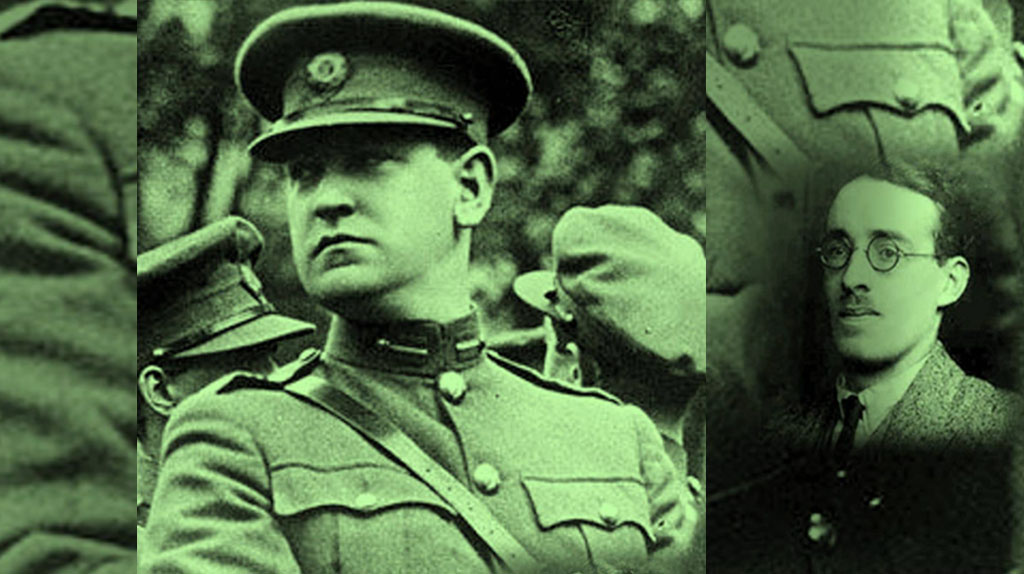 The Big Fellow is a play  by Declan Gorman based on Frank O’Connor’s writings about the life of Michael Collins.
O’Connor and Collins were on opposite sides in The Civil War but there is no doubt that O’Connor had great admiration for Collins and this shines through in this play.
A high-energy piece depicting raids, prison breaksand the escapades of the War of Independence and The Civil War with Gerard Adlum as Frank O’Connor and Ian Toner as Michael Collins with music by Colin Blakey and lighting by Cillian McNamara.
Presented by Ballina Arts Centre in Association with Co-Motion Media.