Taste of West Cork Food Festival 2018 kicks off on 7th September and continues for  10 days until the 16th. This makes it one of the longest food festivals in the country and it is recognized as one of the best also. The Restaurant Association of Ireland called it Ireland’s number one foodie destination in 2017.  Not only is it the the best but it is also the biggest with numerous towns, restaurants, producers, chefs and visitors participating.

Here is our pick of the chefs which we would like to see during the week.
Kevin Ahern owner of Sage Restaurant in Middleton is cooking at Dunmore House Hotel on 13 September.
Rachel Allen well known TV chef who teaches at Ballymaloe house will cook at the Beara Coast hotel in Castletownbere on 12 September.
Derry Clark of Michelin star L’Ecrivain restaurant in Dublin is cooking at the Islanders Rest Sherkin Island on 8th September.
The Argentinian chef Florencio Fons is cooking at Mary Ann’s is Bar & Restaurant, Castletownshend on Friday, 7 September.
Martin Shanahan TV chef and owner of Fishy Fishy in Kinsale is giving the cooking demonstration at Field’s of Skibbereen on Friday, 14 September.
Famous American chef Anthony Tarro who has a restaurant in Providence Rhode Island Will be cooking that Hayes’ Bar Glandore on 12 September.
Paul Cartwright what is the chef the Roly’s Bistro in Dublin is cooking at Annie May’s in Skibbereen on 10 September.
There are many more too numerous to mention here but you can check them all at the Taste of West Cork website 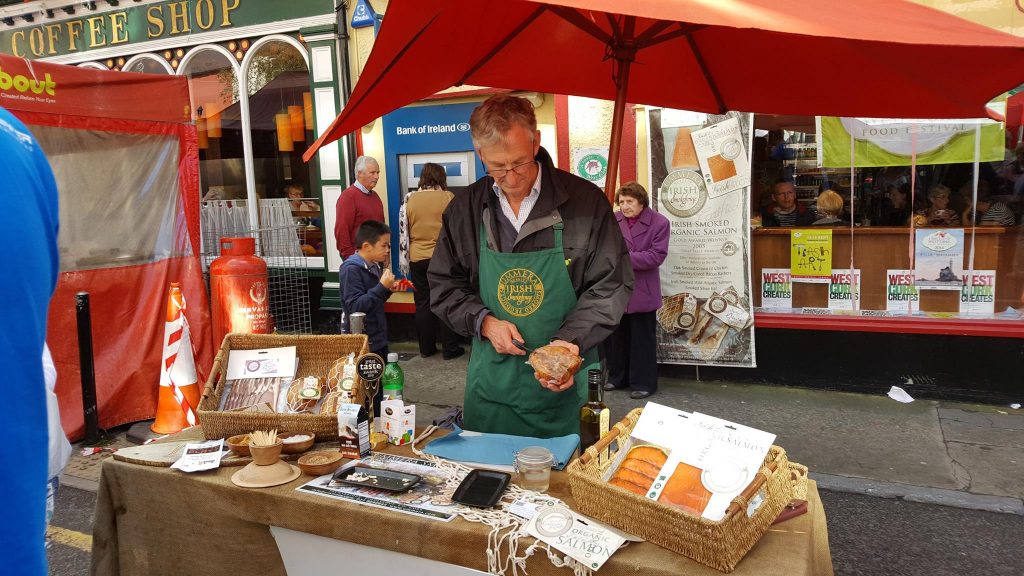 During the week there are lots of tours, talks, demonstrations, workshops and outings. Here are just a few of the best: 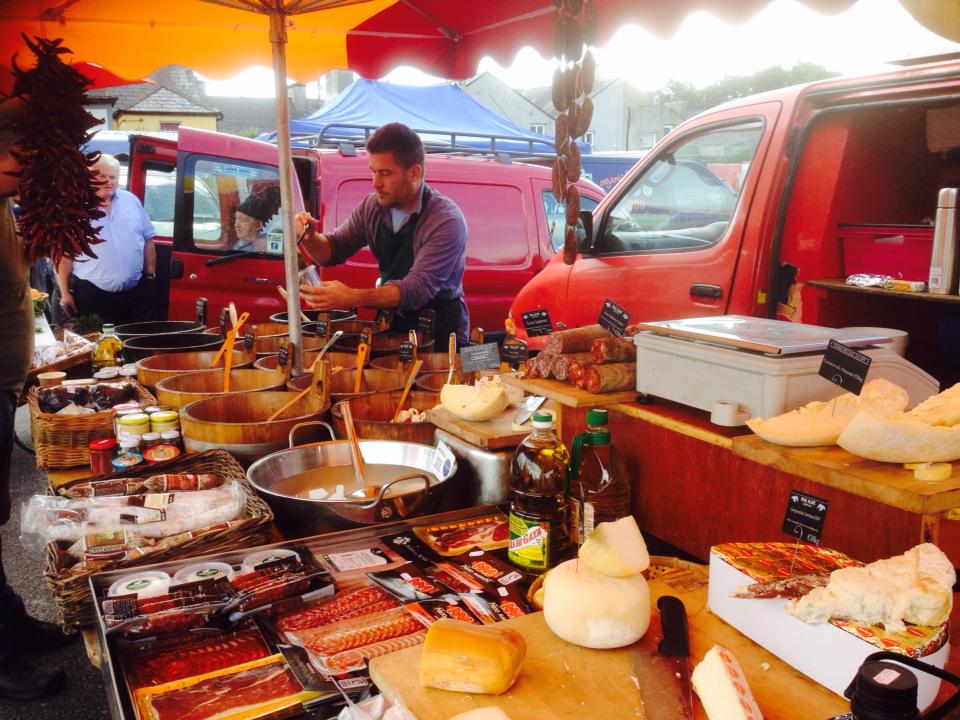 Throughout the week there ar Farmers Markets and fairs at various locations:

Towns and Villages in the West Cork Food Festival 2018

For the full programme  of events at Taste of West Cork Food Festival 2018 click here.